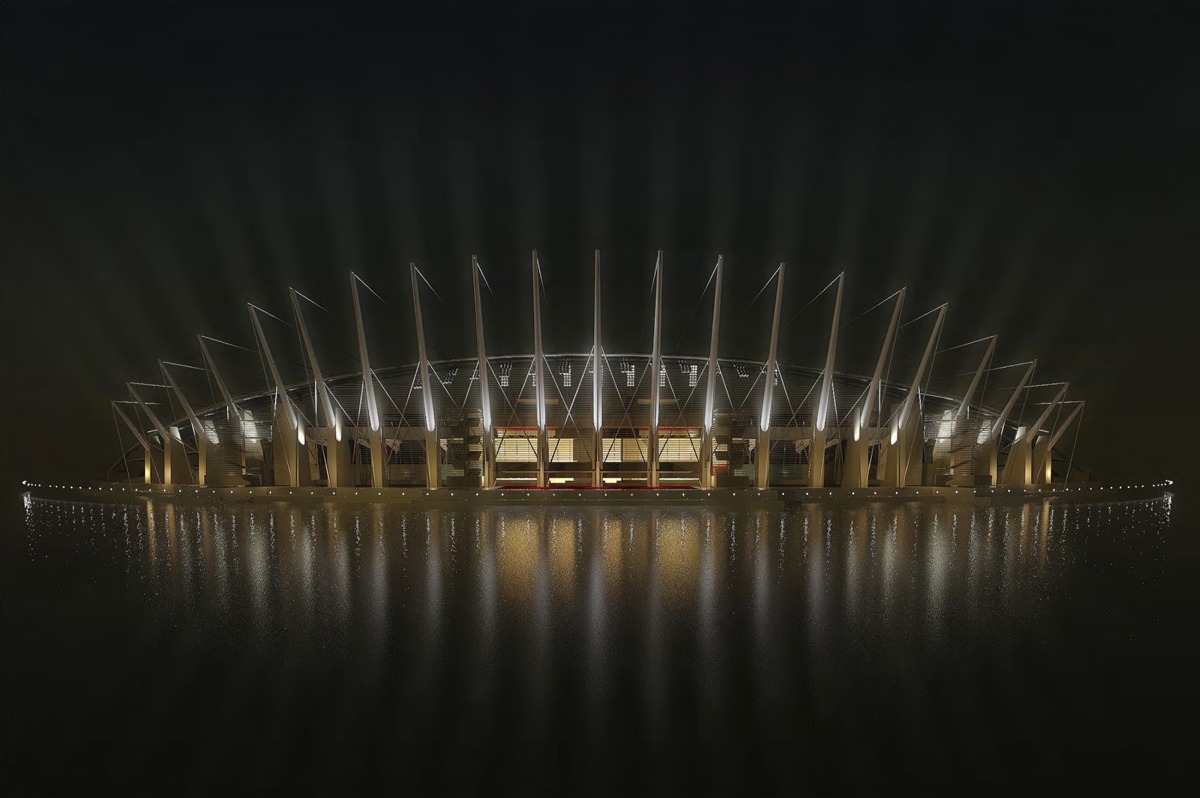 We worked closely with the Bahrain Government including the General Organisation for Youth and Sport (GOYS) and the Ministry of Works to develop a stadium concept in line with FIFA international guidelines and was approved for construction prior to the Gulf Cup 2013.

The stadium has a distinctive tensile aesthetic for the roof form and this was developed to minimise scaffolding use and the subsequent disruption to the playing surface late in the construction programme. Our design has evolved at the end of 2011 in conjunction with a leading contractor in Bahrain, and several engineering firms have had input to the design process.

GOYS elected to refurbished the existing Bahrain National Stadium in order to make the deadline for tournament in January 2012.