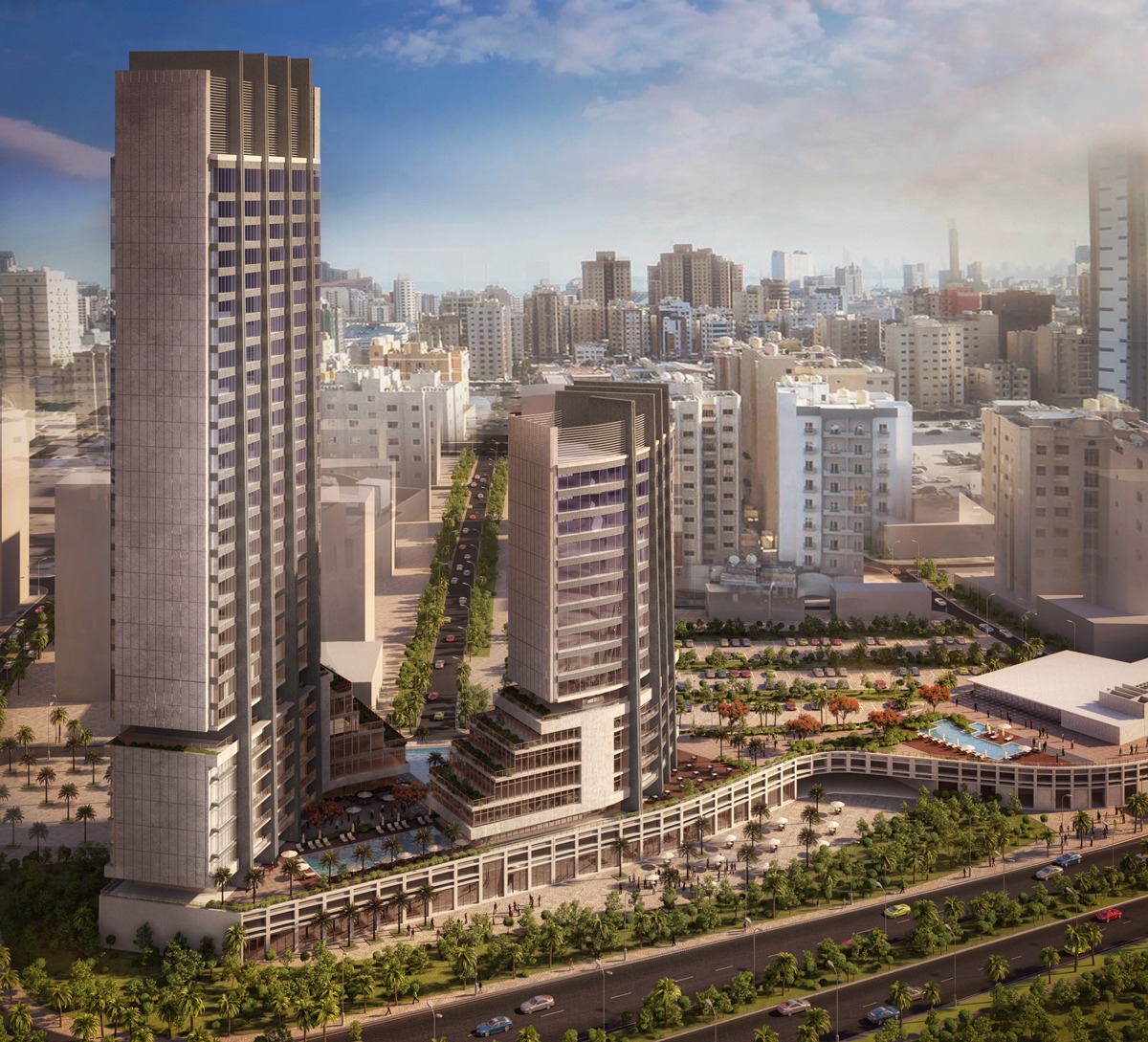 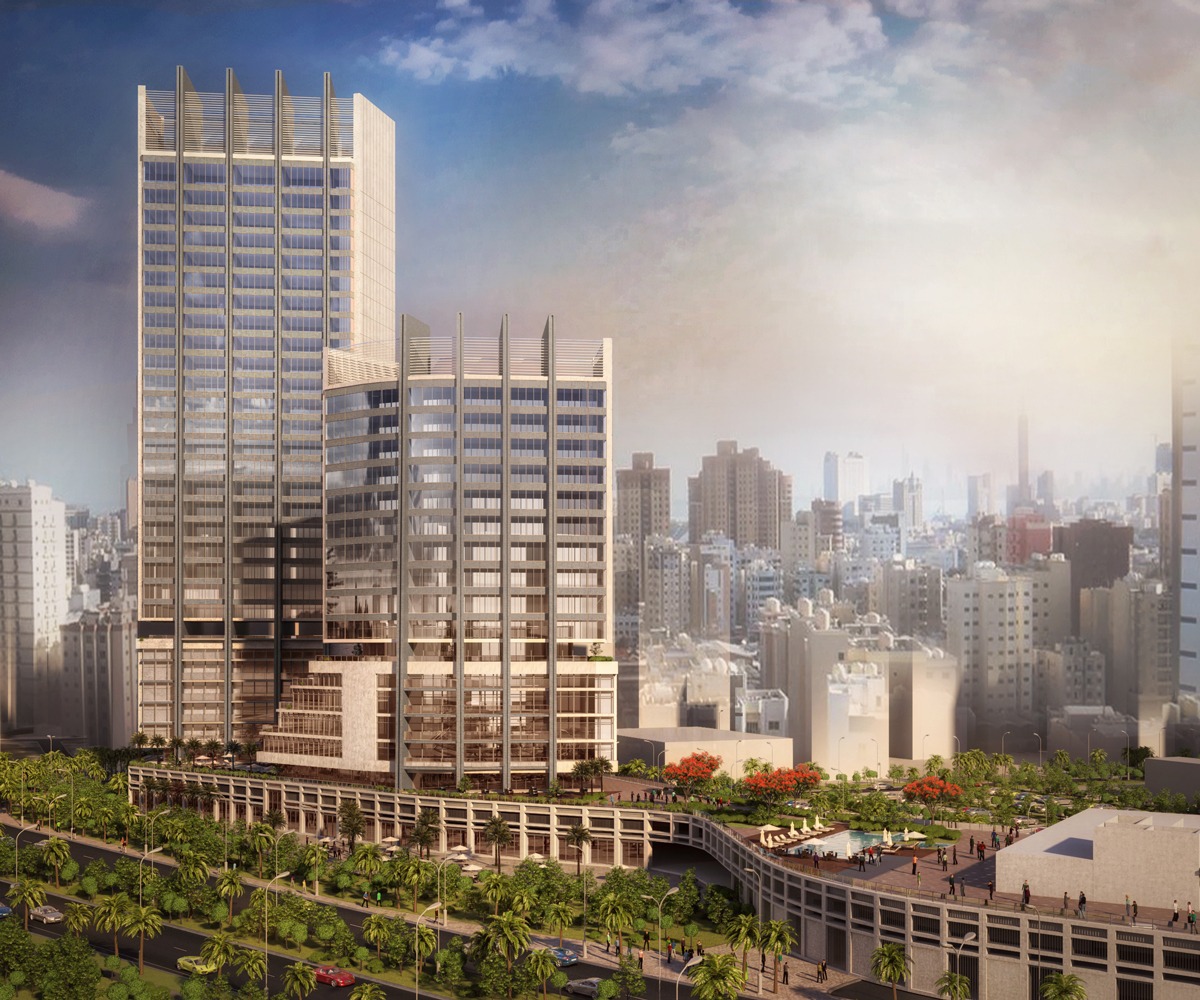 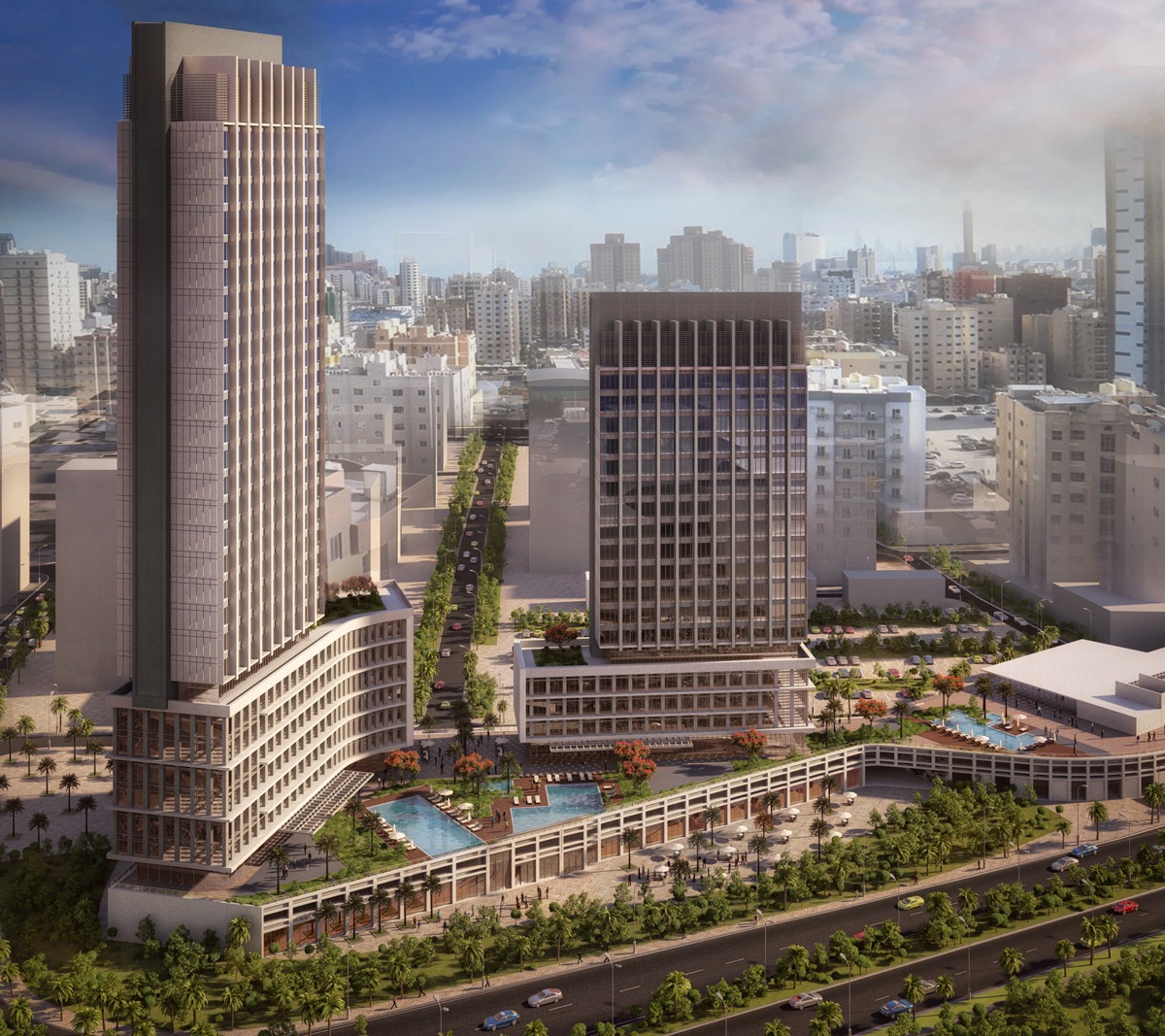 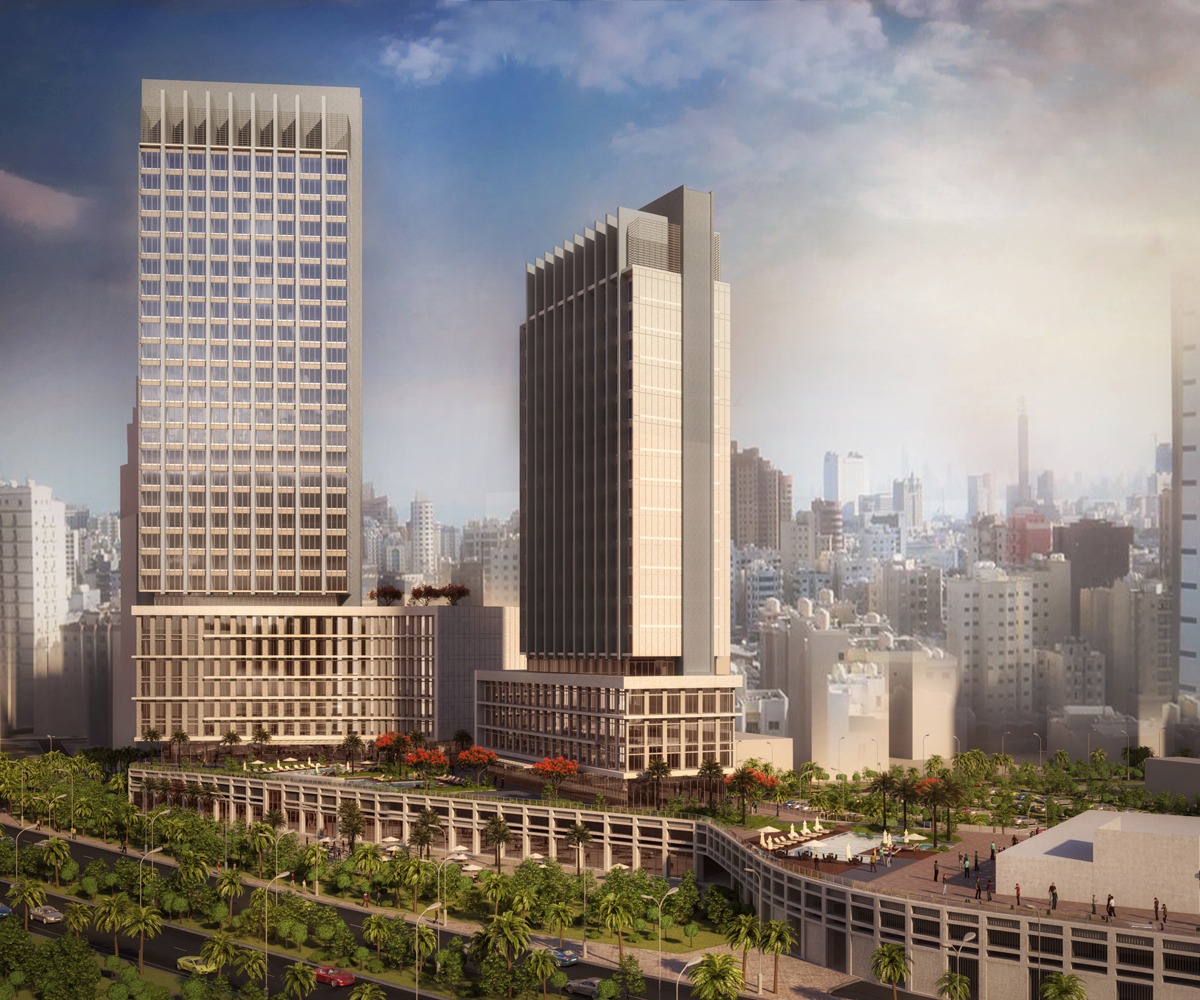 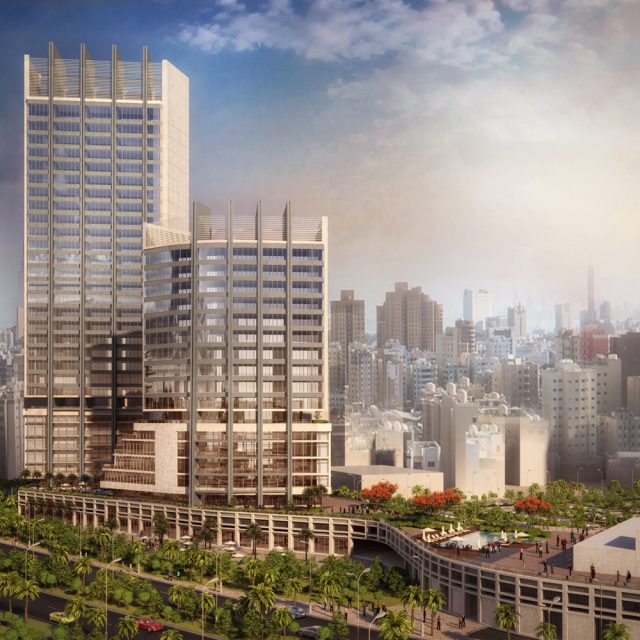 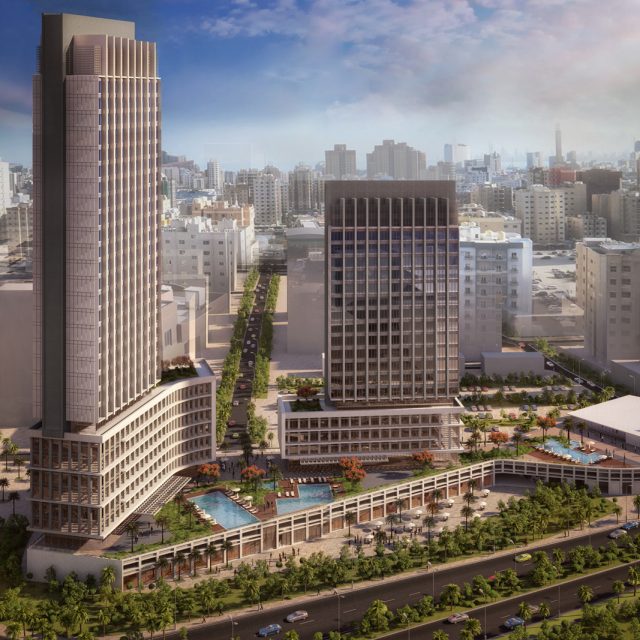 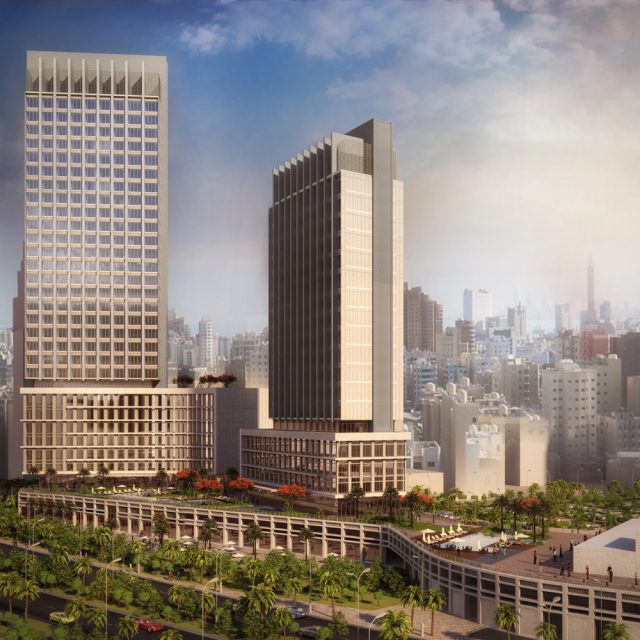 Distant views towards Kuwait City centre over the bay to the Kuwait towers may also be achieved in the upper floors to increase added desire of the rooftop restaurants and upper level meeting  rooms.

Option 1
The form of the tower designs follow a more organic curvature on plan in order to create a north & south podium deck area. This can help to organise the podium spaces more effectively by designating different zones between the base of the towers for the fitness center & general pool lounging.

Option 2
The form of the tower designs then cascade in order to allow the podium level to attain maximum sunlight during the day.
By doing this, two prominent towers rise at each corner of the podium to give each other maximum air between them.